The City of San Marcos Capital Improvements and Engineering Department, in conjunction with the Texas Department of Transportation, held a Public Hearing Monday, June 24 at the San Marcos Recreation Hall, 170 Charles Austin Drive.

The public hearing was about the proposed improvements to Loop 82 (Guadalupe Street). Exhibits of the proposed plan were on display at the hearing and can be viewed here.  The presentation from the hearing is linked here.

The proposed plan includes striping from University Drive to Grove Street to include bike lanes, sidewalk improvements along the east side of Guadalupe between MLK Drive and the railroad tracks, and signal improvements at intersections along Guadalupe Street to accommodate cyclists.

City Engineers, TxDOT Engineers, and Maestas & Associates, LLC, the firm consulting on the project, were on hand to take comments and answer questions. The hearing was an opportunity for the public to receive an update on the project, as well as information regarding the effects of the project on Guadalupe Street and adjacent businesses.

Written comments will be accepted for 15 days following the hearing. Comments can be delivered either in person or by mail to the City of San Marcos CIP/Engineering Department, 630 E. Hopkins Street, San Marcos, Texas 78666, or emailed to EngInfo@sanmarcostx.gov. Written comments must be received by July 9, 2019, to be included in the public hearing summary.

In accordance with the priorities of the newly developed Transportation Master Plan, the City is currently working on design plans for Guadalupe Street from University Drive to Grove Street to promote multi-modal operations by providing a safe environment for bicycles and pedestrians. 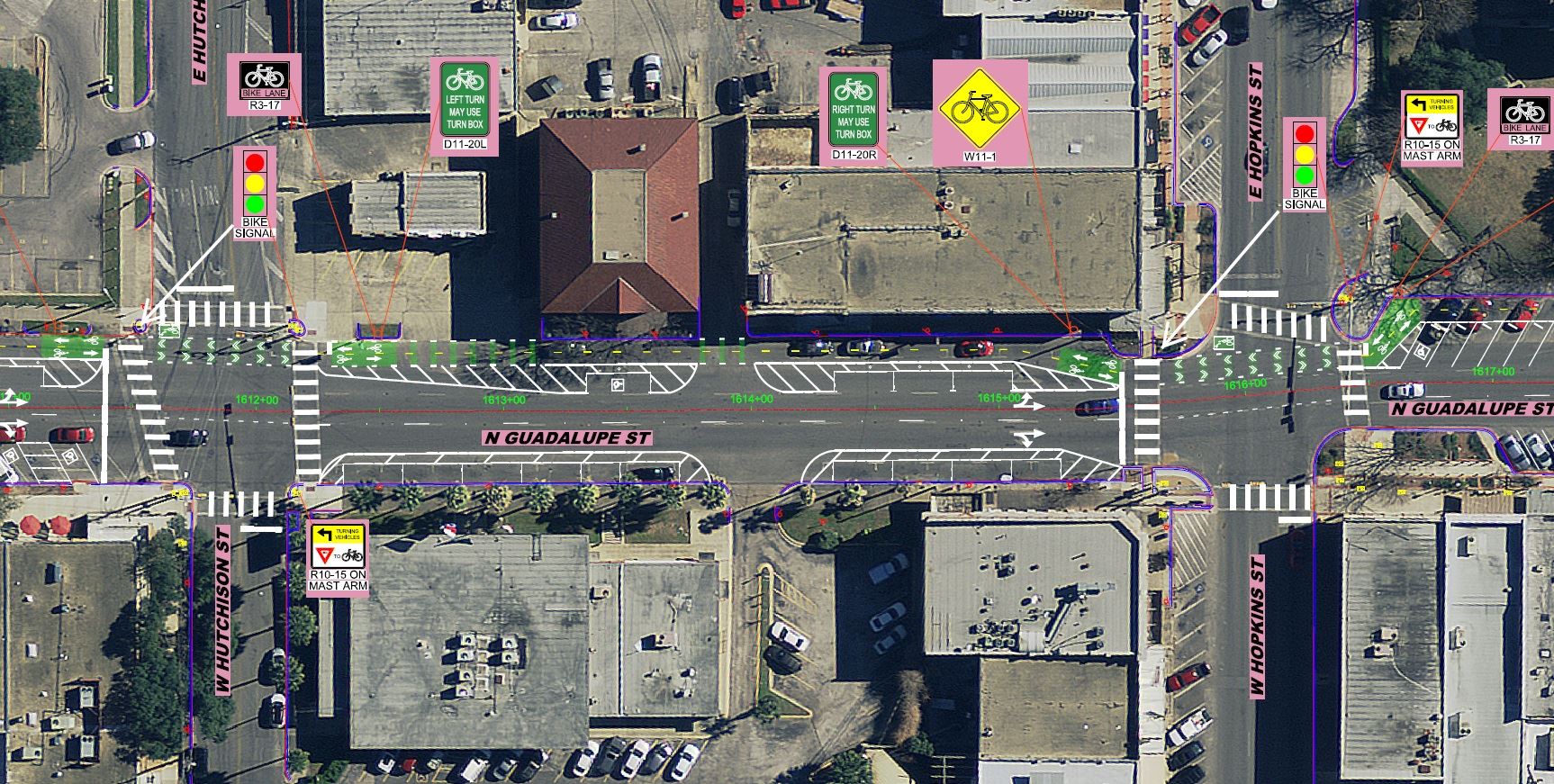 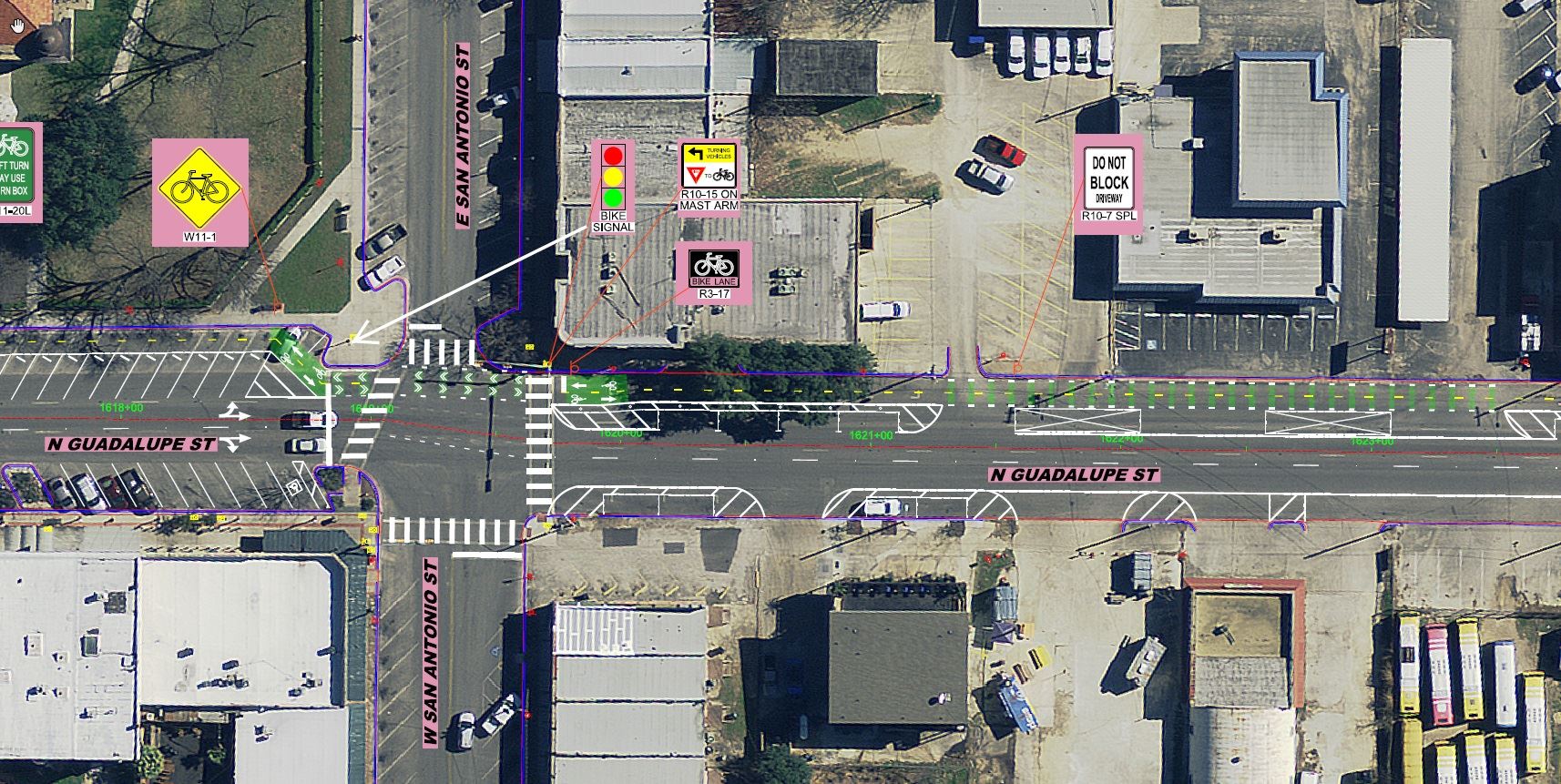 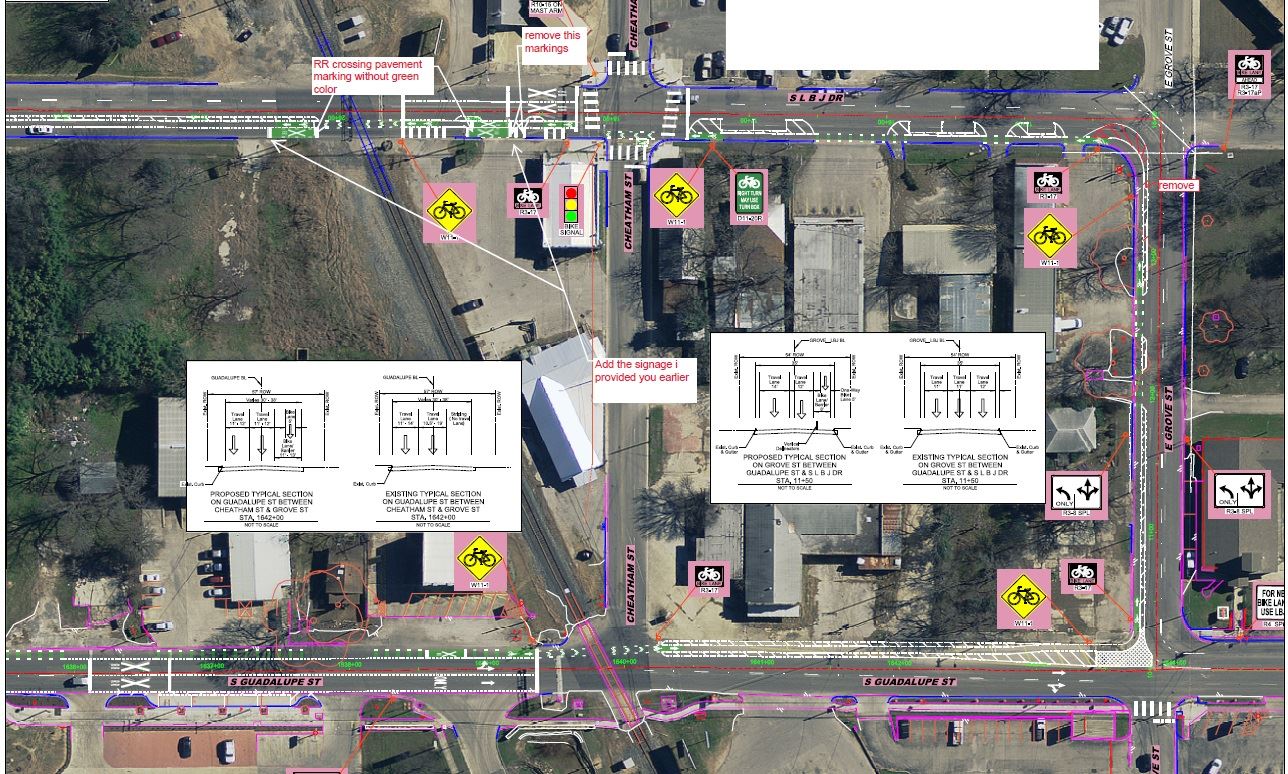