The City of San Marcos received more than $24 million from the Community Development Block Grant Mitigation (CDBG-MIT) federal program to fund mitigation projects designed to reduce the risk of impacts from future disasters.

On February 9, 2018, the United States Congress approved Public Law 115-123, which directed the U.S. Department of Housing and Urban Development (HUD) to allocate more than $12 billion for mitigation activities proportional to the amounts that Community Development Disaster Recovery (CDBG-DR) grantees received for qualifying federally declared disasters in 2015, 2016, and 2017.

On August 30, 2019, 84 Federal Register 45838 was published, which allocated $6.875 billion in Community Development Block Grant Mitigation (CDBG-MIT) to grantees recovering from qualifying disasters in 2015, 2016, and 2017. This notice, and any subsequent notices, describes grant requirements and procedures applicable to CDBG- MIT funds only. CDBG-MIT is a new grant and the first appropriation of CDBG funds to be used specifically for mitigation activities. As part of this notice, HUD allocated $24,012,000 in CDBG-MIT funds to the City of San Marcos.

Funds for mitigation projects cannot be used for emergency response services. Projects  focus on local and regional mitigation priorities that will have long-lasting effects. The mitigation projects prioritize the needs of our community and will address ways to reduce the overall risk from future flood-related disaster events.

HUD requires local grantees to develop an Action Plan provides a concise summary of the actions, activities, and the specific federal and non-federal resources that will be used each year to address the priority needs and specific goals consistent with the local Consolidated Plan.

Action Plan activities included initial community outreach in the fall of 2019 leading to a public hearing at City Council in December 2019. See presentation below.

The activities provide an opportunity to comment on the selection of stormwater projects for more than $16 million in CDBG-Mitigation funding including a focus on the Blanco Gardens area. The purpose of the projects is to reduce risks from future rain events. See NOTICE for more details on the proposed amendment and community engagement activities. 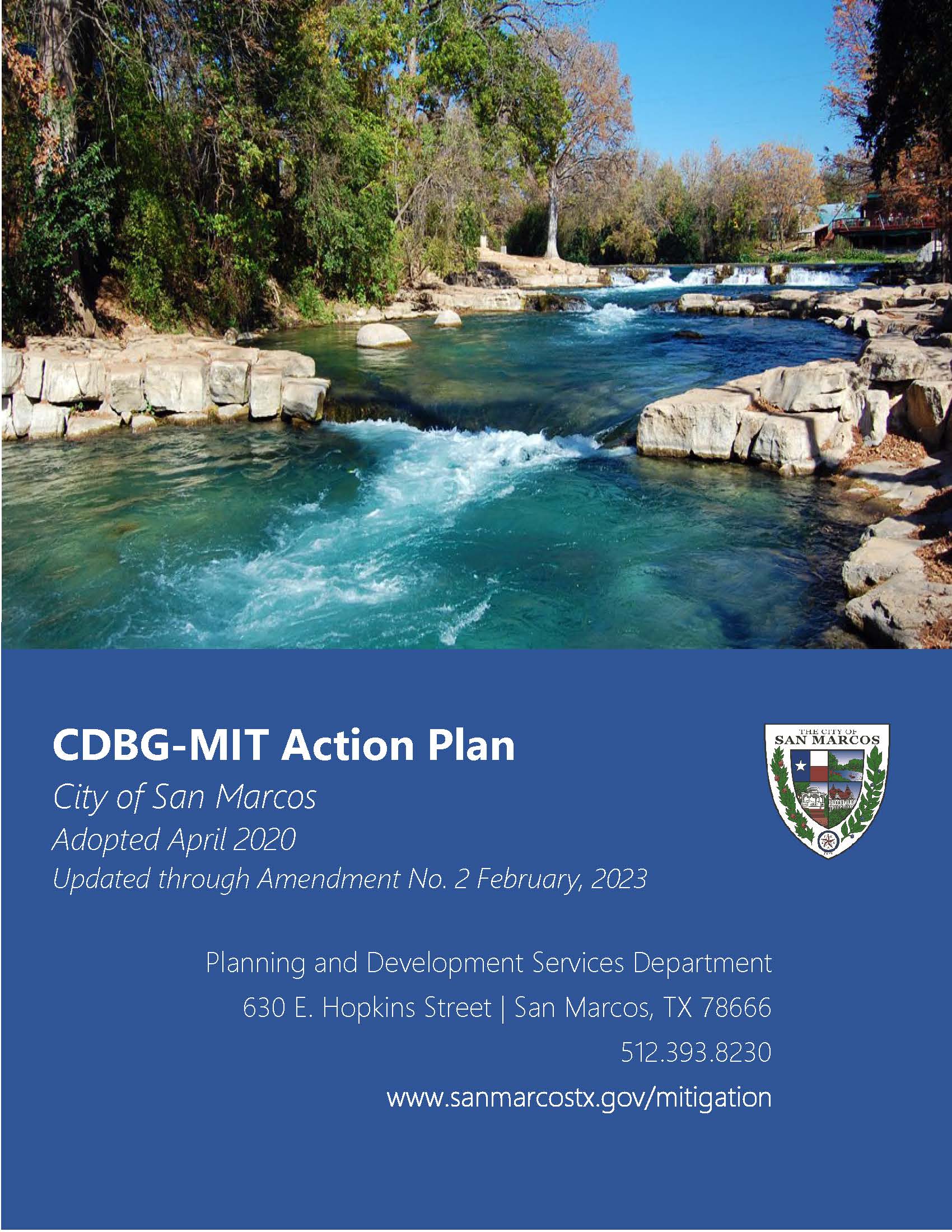