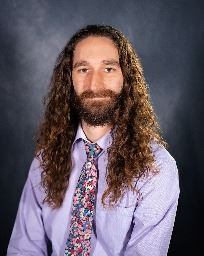 Maxfield Sheridan Atkinson Baker was elected to City Council on November 5, 2019 for a three-year term in Place 1. He took the oath of office on November 18, 2019.

Baker moved to San Marcos from the Rio Grande Valley in 2007 to attend Texas State University, achieving a Bachelor of Arts in Anthropology and Political Science in 2012. As a student, he was a Senator in the Associated Student Government, and worked for the LBJ Student Center’s Setup Crew.  Additionally, Maxfield served as an intern for City Council Member Kim Porterfield, and helped introduce recycling services to apartment complexes.

After graduation, Baker went on to work for a local market research firm as their Human Resources Director. Here Maxfield worked to hire, train, and retain employees across three call centers located in San Marcos, College Station, and Houston. He left this job in May 2016 to take care of his sick mother back home.

Upon moving back to San Marcos, Maxfield became a licensed massage therapist and started his own business. In 2018 he was appointed to the Planning and Zoning Commission and served until his election to City Council in 2019.