Ike was owner surrendered to the San Marcos Animal Shelter on January 22. The story that followed him in wasn't the most positive. His past owners described him as “aggressive, rough and a danger.” But as he stood there looking up at the staff behind the counter it was like he was standing in the principal’s office and his big, soulful eyes seemed to want to tell a different story. Would anyone listen, though?

In the days following his surrender, staff started to interact with Ike, and began seeing signs of this other story. The old scars on his huge head suggested he may have been the target of bullies. The way he would crouch down and duck his head hinted that he was no stranger to feeling overwhelmed in his big old saggy skin. 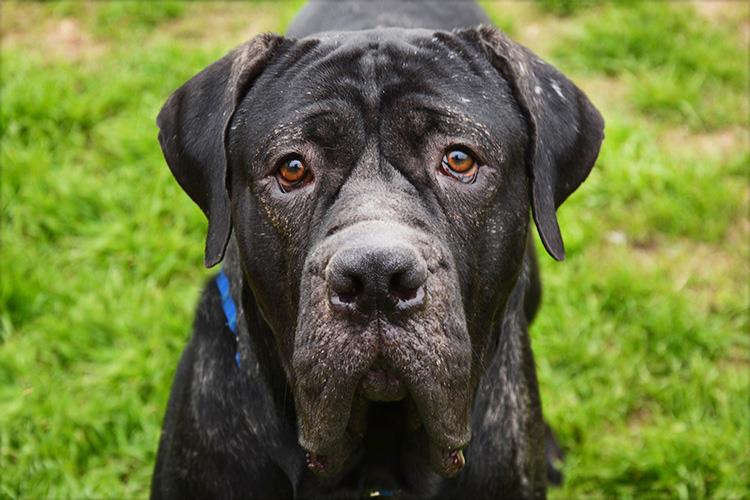 One staff member in particular soon took him under her proverbial wing and quickly found a very large duckling following her everywhere. She knew that there was something special about Ike and made it her personal mission to give him an opportunity for a new chapter. 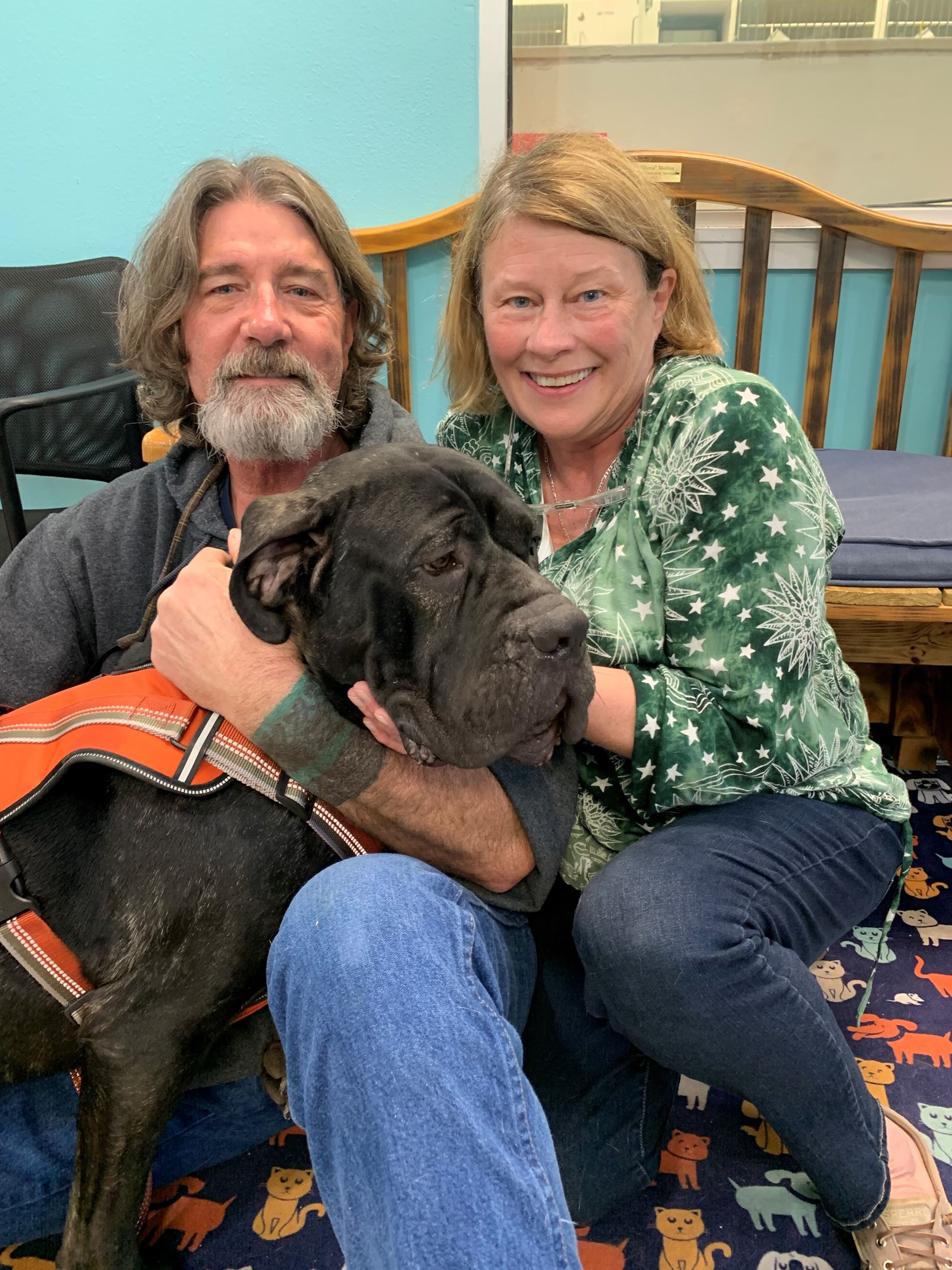 A Family Reaches Out

Later that same week, in a rambling 2,000-square-foot home over 600 miles away from the Animal Shelter, a couple got a hit on their internet search for a Bullmastiff. Clicking on the San Marcos Regional Animal Shelter Facebook page, their laptop screen filled up with a photo of a large black muzzle and soft eyes and they had their first glimpse of Ike. Kevin and Beth immediately knew this big fellow could be the perfect addition to their doggie family. Looking at each other, they said “we’ve got to go get him.”

After a series of phone calls and emails coordinating with the shelter, Kevin and Beth along with their dog Lucy, decided to make the 10-hour long drive from Las Vegas, New Mexico to San Marcos to meet Ike. Wanting to make sure that it was the right fit for everyone involved, they stayed in San Marcos for two days, visiting for hours in the play yard with Ike, introducing Lucy to him, taking him for a ride in the family car and interacting with him one on one. As Ike warmed up to them, and Lucy showed him the ropes of how things run in the family, it soon became apparent that this boy would soon have a new home and family to call his own.

“We’ve been looking for a Mastiff for a couple of years now because we just love this breed. Some people would say that they are big and mean. They’ve got part of it right. They are big. But they are really just gentle souls,” said Beth.

“This dog needed a home and we have a great one to offer him,” said Kevin a. “We’ll definitely be buying a bigger couch though and maybe a Suburban.”

In the meantime, Ike was all too happy to load up in the Suzuki hatchback with the New Mexico plates, quickly making himself comfortable on the brand new bed purchased just for him and curling up next to his new sister Lucy.

When asked how she factored in the possible behavioral concerns to her adoption decision, Beth said, “I knew his story, but when I looked in his eyes I knew there was more to it.”

We think she’s on to something. Isn’t there always more to all of our stories? So, hey Ike? Someone did listen. And we have a feeling your story is just beginning! 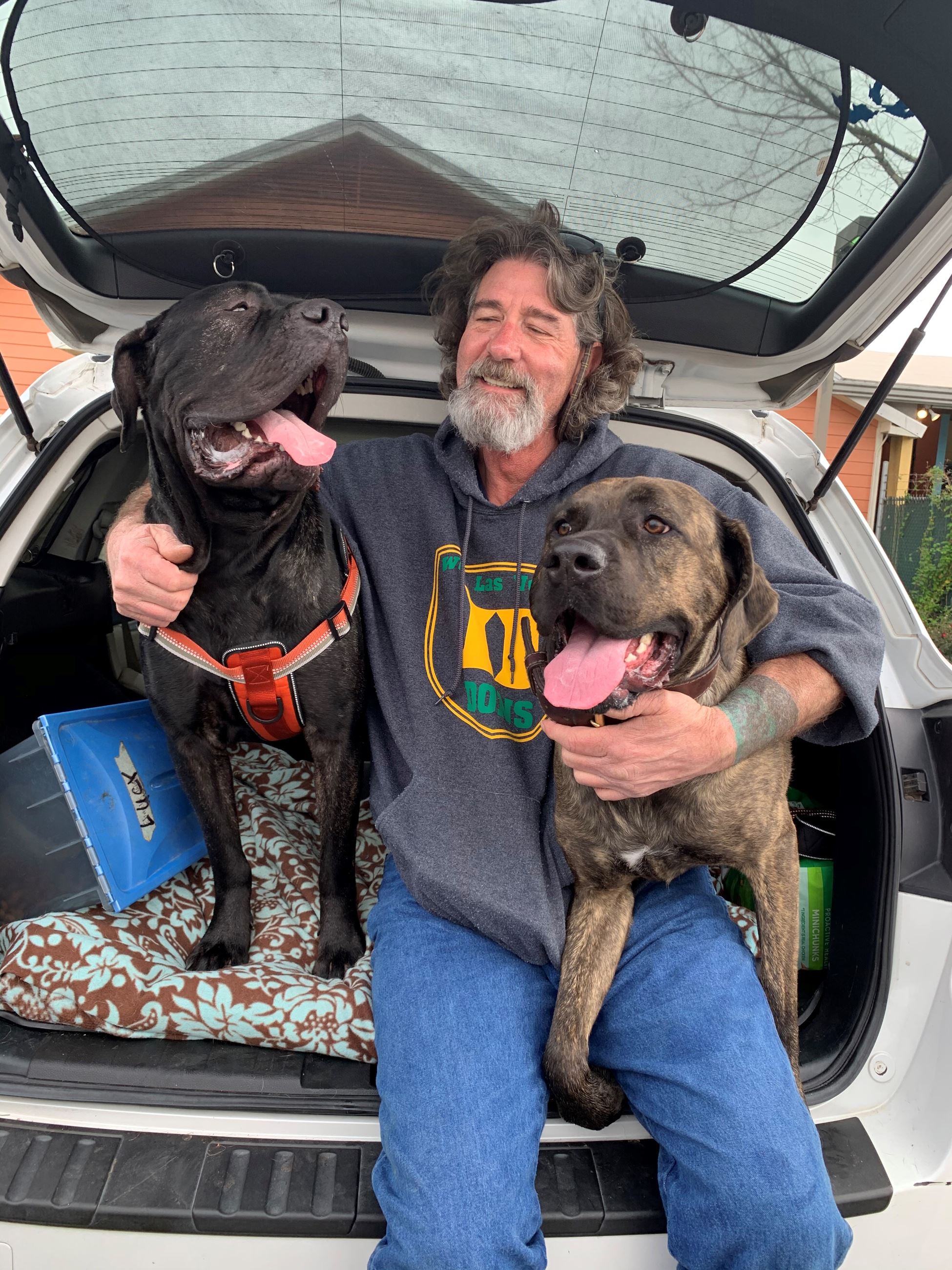