Blu no Longer Has the Blues

When she first saw Blu, who was then called Michaelangelo, at the San Marcos Regional Animal Shelter, Marbella Hernandez was drawn to one little guy in particular.

“I went to the shelter to look [for a dog] and Blu was the only one that did not jump or bark at us,” she said. “He was just so calm and shy when we took him out.”

So she decided to adopt.

Blu is now living with her in San Marcos. Hernandez said Blu has changed a lot since the day she took him home from the shelter, including being more playful.

“He loves to throw his toy in the air and run after it then lay on his back with legs in the air,” she said.

She even captured a short video of his hilarious antics.

“He is so much more alive and has such a big personality,” she said. “He has made me so happy and I hope I have been making him happy as well.”

For Hernandez, providing a forever home for Blu was a big deal, but she is confident she chose well.

“Adopting him has been one of the best decisions I’ve ever made,” she said. 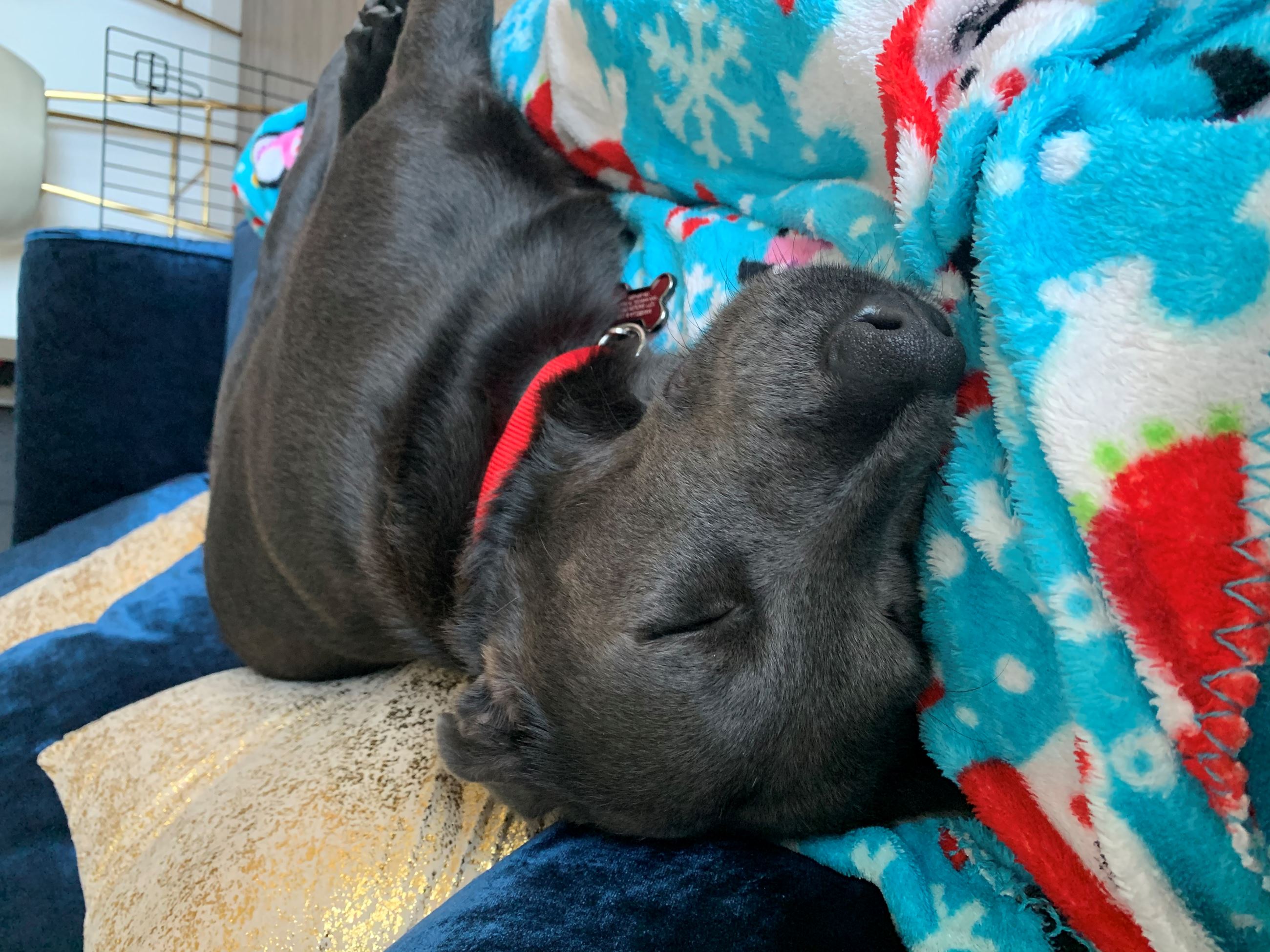