The City of San Marcos takes steps to ensure that Action Plans align with the needs of the community. Development of the CDBG-DR Action Plan included opportunities for citizen input and additional input will be collected on any amendments to the plan. Click here for a summary of community outreach. 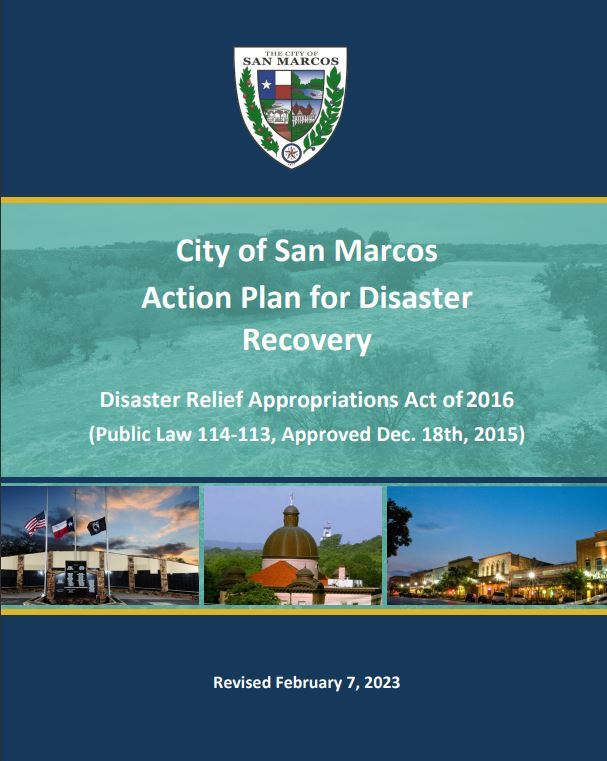 Substantial Amendment No. 13 to the CDBG-DR Action Plan is now proposed as follows. All amounts are close approximations.

The City Council of the City of San Marcos, Texas, will hold a public hearing on Tuesday, January 3, 2023 at 6:00 p.m. to accept citizen comments on the above proposed amendment to the Community Development Block Grant – Disaster Recovery (CDBG-DR) Action Plan.

Furthermore, a public comment period will be held January 4 – January 20, 2023, prior to City Council’s voting on adoption of the amendment on February 7, 2023.

Any person wishing to submit comments must do so in writing to: City of San Marcos, Attn: CDBG Program, 630 E. Hopkins, San Marcos, Texas, 78666.  Comments can also be sent by e-mail to cdbg@sanmarcostx.gov.  All comments must include the sender’s full name and contact information.

The action plan with the proposed changes can be viewed here.