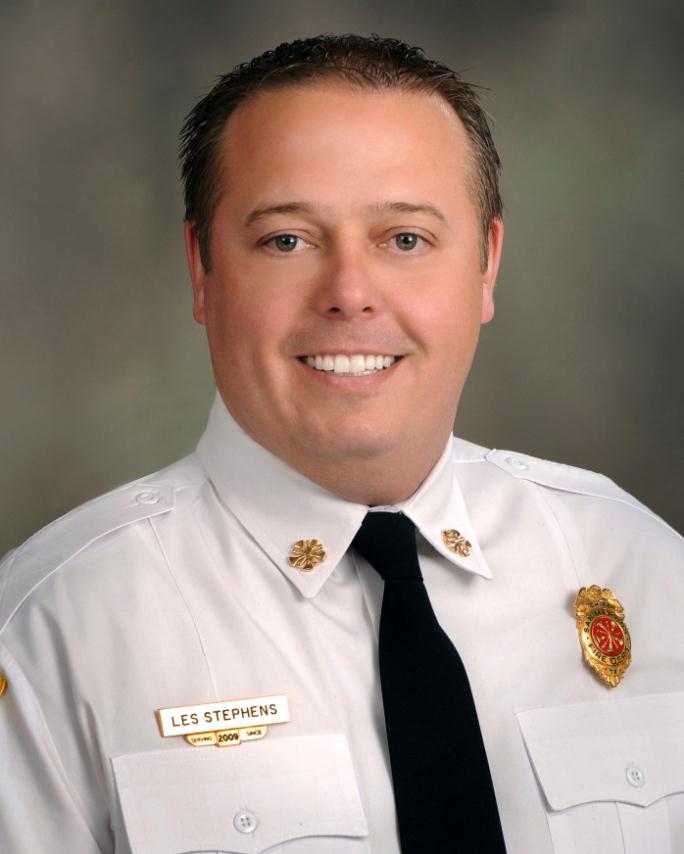 Les Stephens is a career fire service professional with more than 27 years of experience, currently serving as the Fire Chief for the San Marcos Fire Department.

He began his career in 1988 as a Firefighter/Paramedic with the River Oaks Volunteer Fire Department and joined the Garland Fire Department (GFD) in 1991. While with GFD, Stephens held the positions of Firefighter/Paramedic, Driver, Lieutenant, Captain, and Battalion Chief. He received an Associate Degree in Fire Protection from Tarrant County College and will graduate in 2016 with a Bachelor's Degree in Applied Arts and Sciences and Certified Public Manager credentials from Texas State University. Stephens is a graduate of the National Fire Academy's Executive Fire Officer (EFO) program, and holds the Chief Fire Officer (CFO) designation from the Center for Public Safety Excellence. He received his EMT/Paramedic certification from Southwestern Medical School and currently serves as an Executive Board Member of the San Marcos/Hays County EMS, and an Advisory Board Member of Austin Community College's Fire Protection Technology Department. Stephens has served as an instructor for Collin College, Dallas Fire Department Recruit Academy, and Texas A&M Municipal Fire School. He is a published author and speaker for Fire Engineering Magazine and Firehouse.com. The recipient of numerous awards and honors, Stephens is a member of the International Association of Fire Chiefs, Texas Fire Chiefs Association, and Hays County Fire Chiefs Association. 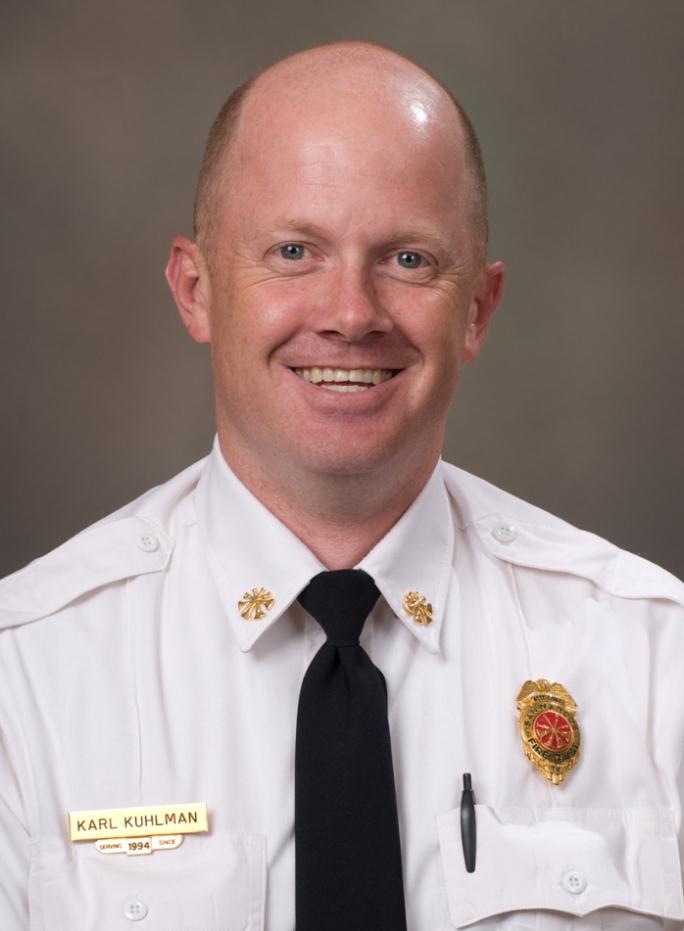 Karl Kuhlman has been a member of the San Marcos Fire Department since November 1994. He received his Firefighter Certification from College of the Mainland in Texas City. In 1999, Chief Kuhlman attended the Hays County Basic Peace Officer Course and has since served as a certified arson investigator for the Fire Marshal's Office.