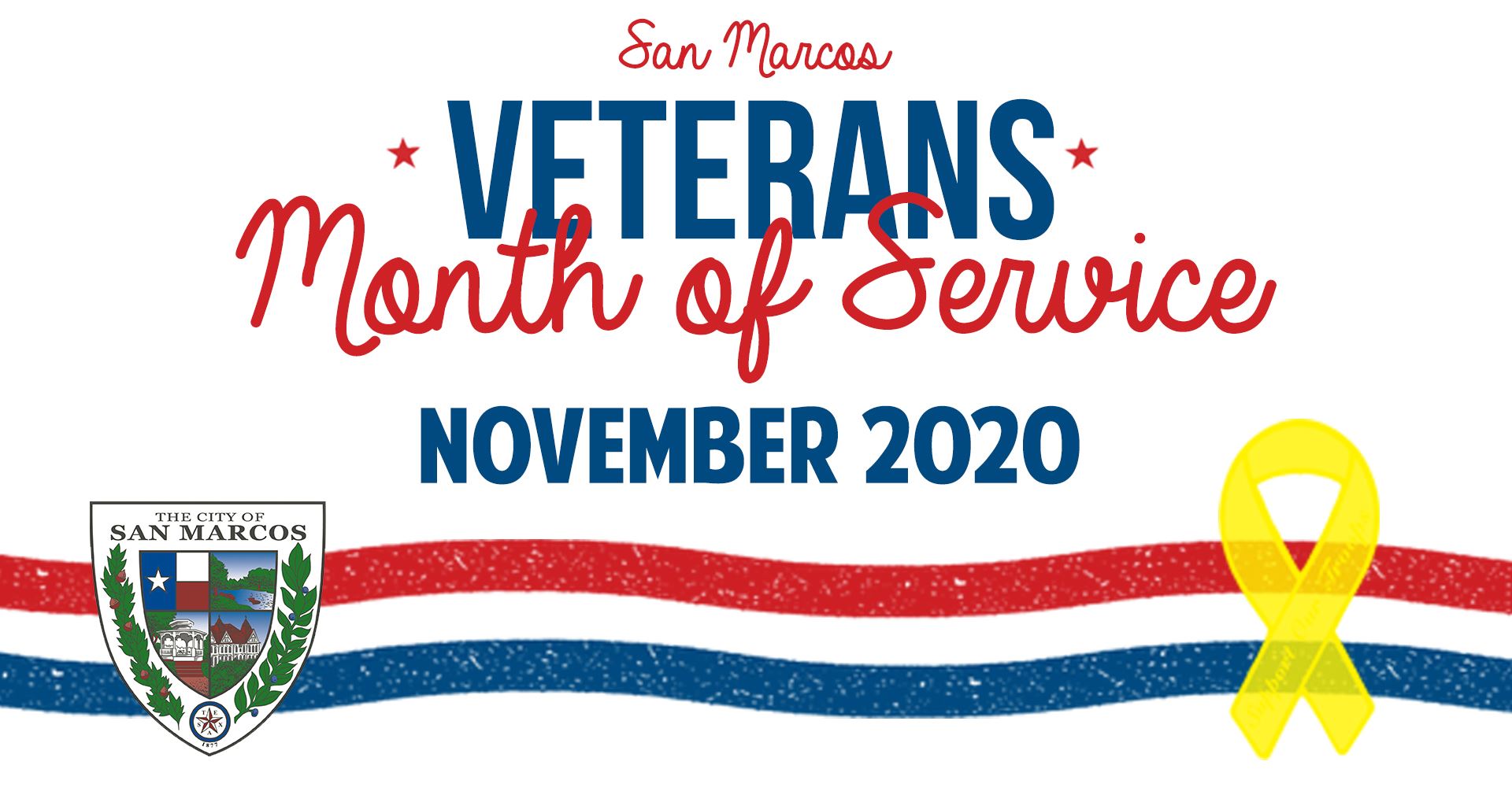 The City of San Marcos, with assistance from the Veterans Affairs Advisory Committee and local veterans’ organizations, will be hosting a month of service opportunities for the community to honor all who have served. These opportunities will replace the traditional Veterans Day Parade the City hosts each year.

Nomination forms for the 2020 Honorary Grand Marshal must be completed online. Nominations must include the full name and relevant details of the individual’s military service, along with detailed contact information, including a telephone number. The nomination deadline is October 23.

Criteria for nomination include:

•    Must be a San Marcos area resident

•    Must have served in the U.S. military during a time of military conflict

•    Must have been honorably discharged from the service

•    Must be willing to share his or her military service memories

Online nomination form deadline October 23, 2020. Additional information, including a narrative, photos, and letters of endorsement, may be emailed to Lisa Morris.

Sign Up for Activities
Get Involved
Upcoming Events & Camps
Reservations
[]